HALF A CENTURY OF GROWING A SACRAMENT

Yup, 50 years ago today a young man (he was young  then) and a young lady (she's still young, of course) walked up the aisle to stand in front of the altar to promise before God that they would supporrt one another on the way to heaven for as many years as He would give them on this earth.  So here they are, 50 years later,  still alive and still saying nice things about one another behind one another's back.  I know, it happened in front of me.
The young man is an interesting study in priesthood.  He spent four years in the seminary and then left.  He left the seminary but never left his vocation.  He never did get ordained and is therefore not an "ex opere, operato" priest.  But his entire life has been a continuous mission in the "ex opere, operantis" priesthhood.  He has helped more people to find God and to follow Jesus than a lot of priests who stand at the altar, preach, distribute communion and then run off to the race track, the golf course or the football game.  None of them has five children, one of who requires life-long, physical and emotional attention.  Now, that is dedication.  That is ordination of a different stripe, but one just as demanding as the one we all see every Sunday, protected from some very harsh realities of the "real world."
The young lady is a priest too.  How else would she be able to offer the sacrifice of her body, heart and soul to a large family, including her aging mother on the demanding altar of matrimonial vows?  She was blessed.  She had more practice in a large family  than her husband...she was (is still) the youngest of 12 children.  Who knows, maybe that's the secret.

As happy an occasion as a golden wedding anniversary can be, it also carries with it the cargo of all those years.  A mixed bag of good, bad and ugly.  A mixed bag of frustrations and consolations.  A mixed bag of miracles for and miracles for which they are still waiting.  One thing for sure is that the greatest miracle is the grace to still be supporting one another on the road to Christian perfection in view of the Eternal Prize.  It takes two saints to get this far.  It takes one constant miracle being accepted and practiced by them to make it happen.
Marriage is really a priesthood.  We don't do it for ourselves.  We do it for the other persons that it puts into our lives.  It is like the priesthood of Jesus Himself. We die to ourselves every single day.  After 50 years we remember a lot of happy things.  We look back and tell ourselves that it feels just like yesterday.  That's a miracle too.  Imagine finding happiness and consolation of having kept on the straight and narrow for so long?  Imagine finding happiness in an imperfect situation?  Imagine God filling souls with the ability to stick by Him, just like His Son did while shedding blood and being humiliated in public?  Now that, is a priestly sacrifice.

So I have to say in conclusion that I am proud to say that this young man and this young lady are my brother and my sister-in-law.  They are saintly examples of selfless sacrificial dedication to Our Father, His Son and His Holy Spirit on this very earth.  I am so happy for them and happy to be a part of them that it would be wrong for any of you to cry at my funeral...and theirs too.

Happy 50th to you and all who have known you for all these years.  I won't wish you 50 more.  I will wish you a hand-in-hand walk with God through the garden of life for the amount that He will give you. Then you will be blessed because when you get to the Pearly Gates you won't have to put up with the grouchy gate keeper.

Posted by Papa Puttss at Tuesday, November 16, 2010 No comments:

FALL ON YOUR KNEES


"The man who learns to believe learns also to kneel..." (Josef Cardinal Ratzinger, The Spirit of the Liturgy)  This is an especially significant statement because it brings us back deep into the Hebrew Bible.
"Solomon then took his place before the altar of the LORD in the presence of the whole community of Israel and stretched forth his hands. 13 He had made a bronze platform five cubits long, five cubits wide, and three cubits high, which he had placed in the middle of the courtyard. Having ascended it, Solomon knelt in the presence of the whole of Israel and stretched forth his hands toward heaven." (2 Chronicles, 6:12-13)  The context here is very important.  Notice that it is the king who is kneeling and praying and the People of God are standing, personal witnesses to the proclamation of the king's prayer to God.  In the context, this takes place at the dedication of the newly complete Temple.  I strongly suggest that you read the entire prayer.  You will notice that a kneeling creature can pray with assertive power and humility at the same time.  This is an example that kneeling is a celebratory posture.  It is not a necessarily a posture of abject subjugation.  Check it out.

In the first part of Isaiah, when the prophet is foretelling the release from exile and the return to the Promised Land from Babylon, hear what he says in exultation,
"3 Strengthen the hands that are feeble, make firm the knees that are weak, 4 Say to those whose           hearts are frightened: Be strong, fear not! Here is your God, he comes with vindication; With divine recompense he comes to save you. (Isaiah, 35, 3-4)
These are knees made strong for dancing and rejoicing in the gift of freedom from exile given by God to His people.  These are knees that sustain the energetic child of God.  These are the knees that carry the righteous person back to the Land that was given to the people by God Himself.  These are not knees bent in penance or adoration.  These are knees that are ready to work and render great homage to God Himself.  These are the knees of the saved, of the newly freed who carry the message of the One True God to the Nations.

In Deutero Isaiah we hear God telling His chosen people what He expects of them and what they can expect of Him.  He reminds them of the first commandment and tells them that in their acceptance of Him as the ONLY God, they will find comfort and safety.  It is a celebration of life in God, our teaching Father reserved for the descendants of Abraham, Isaac and Jacob (Israel).  I suggest that you spend some moments praying this passage so that you can feel the warm Grace of God fill your soul.  Celebrate life in His presence.  I am quite sure that as the meaning of the passage envelopes you, you will also celebrate the moment by kneeling before God.

"22 Turn to me and be safe, all you ends of the earth, for I am God; there is no other! 23 By myself I swear, uttering my just decree and my unalterable word: To me every knee shall bend; by me every tongue shall swear, 24 Saying, "Only in the LORD are just deeds and power. Before him in shame shall come all who vent their anger against him. 25 In the LORD shall be the vindication and the glory of all the descendants of Israel." (Isaiah, 45, 22 - 25)

Allow me to place one more Biblical quote before your eyes before I go off on my own.  This one from the Gospel of Mark.

"As he was setting out on a journey, a man ran up, knelt down before him, and asked him, "Good teacher, what must I do to inherit eternal life?"  (Mark 10; 17)
You remember all of this story.  This is the rich man who walked away from Jesus because he did not want to go, sell all his possessions, give the proceeds to the poor and follow Jesus.  This is a person of excellent character and of comfortable estate.  When he wants to have direction in his life, he thinks that he is going to indicate humility and openness by kneeling.  He knew that he had come to the right person.  His demeanor says that he believed in Jesus as the Great Messenger from God.  His demeanor says that he was celebrating the moment and knew that he had to bow before the power of the experience.  As it turns out, the exterior posture said one thing but the interior disposition was not strong enough to carry the day.

We are Catholics.  In the world of Christians, we are the kneelers.  We spend more time on our knees than other Christians.  I have tried to point out the different moments when the Bible shows us people on their knees.  If Solomon could kneel in public, anyone could.  We have similar moments in our liturgical lives.  We rarely see the Priest on his knees at that Altar.  It happens on Good Friday during the nine Great Orations, the original "Prayer of the Faithful."  We say one part standing and the second part kneeling, including the priest.  There are times when kneeling is called for and times when it is not.  In this day and age the Church has decided that the moment of Communion is not, and I agree with Her.  My final thought in this series is this.

John's gospel tells the story of the Jews voting with their feet.  (John, chapter 6) Jesus made the point that to have eternal life we have to eat His flesh and drink His blood.  At this, the Jews walked away and didn't listen to Him any more. When He was left standing there with his closest disciples and apostles He asked, "Are you going to leave too"  Peter, of course, Peter, answered by saying, "Master, to whom shall we go? You have the words of eternal life. 69 We have come to believe and are convinced that you are the Holy One of God." (John 6, 68 - 69).  They not only stood there, they stayed by His side and followed Him.  That, dear reader is what we Catholics celebrate when we are at the moment of Communion.  It is the moment of union when we stand shoulder to shoulder with Christ and with each other, priests, prophets and kings one and all.  I enjoy voting with my feet in the presence of Christ, Jesus.  Like Peter I know that this is the beginning of Eternal Life. I know where I have come from and I know where I want to go.  I pray that this divine food will take me to the side of God for all Eternity, in His House.  Given what you have read  here, you should now know that it is not proper to cry at my funeral.
Posted by Papa Puttss at Monday, November 08, 2010 No comments: 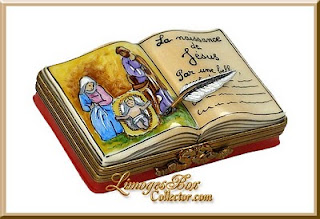