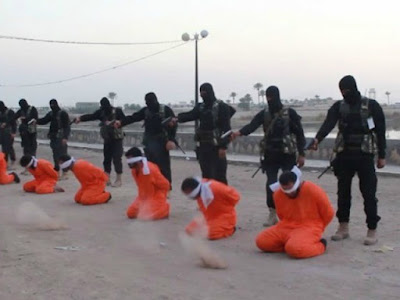 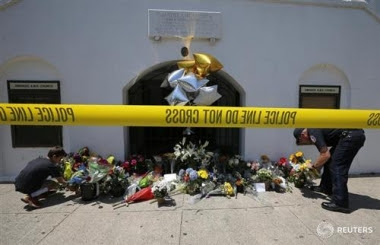 It's easy for us to feel outrage at the human terrorist animals in the middle east and go quietly on our way as we are surrounded by the same kind of animals here at home. We don't hear the outcry from the halls of government to bomb our mass murderers back into the stone age. Not them.  It's not their fault that that they have anger management issues over other such emotional and mental unbalances.  Oh, and before I forget, I have to remind you all that this is the price that we pay for the great treasure of the freedom that we have in this country to bear arms according to our very constitution.

I and my spouse travel to Israel about once per year.  We lead pilgrimages to the holy sites.  Every year we get the same story from people whom we invite. They tell us that it is too dangerous to go to the part of the world.  Huh?  Too dangerous?  It's so dangerous that you can walk the city streets at night with no trepidation.  The mass murders in Israel can't compare with those we have here, yes, even on a pro-rata basis.  We are the champion murderers of the highly developed countries of the world.  Yep, American exceptionalism at its very best.

And finally, I will say this because no other commentator has dared to bring it before the camera... Oregon is a concealed weapon carrying state.  There were pistol packing students present on the campus in Roseburg when the savage killed ten people.  They did not, could not stop him.  One of those very armed students admitted so much before the cameras.  What happened there, Wayne?
Seems like the bad guy with the gun slipped one by the good guys with the gun.

I know that many of you will read this and your blood will boil. Good, let it simmer a while and then resolve that you will not shed one single tear at the news of my funeral.
Posted by Papa Puttss at Friday, October 02, 2015 No comments: