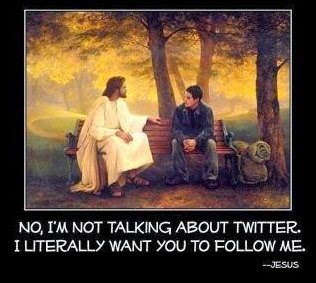 Redemption is not a one time payment that gets us off the hook because the Son of God died for us.  Redemption is a continual relationship with the Son of God who like Isaac and Moses was given a higher form of life that He shares with us at every moment of our existence.
Redemption does not come from the sacrificial act of dying for us.  No.  Even that is not a high enough price for us to be redeemed.  We are redeemed in the fulfillment of the law dictated to Moses that the first born human son had to be redeemed.  God would have violated his own law had He sacrificed His first born Son, once and for all.  How could we be redeemed by an act that would be a disobedience of the law by the very one who had promulgated it?

Abraham could not sacrifice Isaac for the good of the descendants of his father because Abraham did not have the authority to raise Isaac to a universal, life giving existence.
Moses had to live a human life for the salvation of the people so that they could all get their reward.  Moses did not just save the human lives of the people, but continues now, by the Grace of God, to serve as a spiritual sign for their well-being.  Sadly, they do not recognize the life that being redeemed gives.

It has a special meaning when we call Jesus the Lamb of God.  He is the One Human Being whom God Himself sacrificed as His first born, unblemished male offspring.  God did what he could, and the real mystery of redemption is that God the Father found to a way to sacrifice His First Born Son, redeem His human sons in the process and exult His Son and His people to a new level of life beyond the sacrifice.

Yes, Jesus, human and divine, was sacrificed and redeemed by His Father and in the process they redeemed their people.

This is not a single historical event that took place in a small country of the Middle East 2,000 years ago. This is the on-going, dynamic history of Salvation that has been going on now for thousands of years.  God, His Son and His Holy Spirit are outside of history.  We err when we use history to define God.  We err when we reduce the existence and the acts of Jesus to carpentry and ransom aimed at “Redeeming” us.  Redemption is much more than being sprung out on bail.  Redemption is participating in the sacrifice of the Lamb in obedience to the Father (The Holy Eucharist) in order to have the spiritual strength and enlightenment (Their Holy Spirit) to live a life of missionary zeal as their apostles in their company.

It is a rare moment when I write more than 1,000 words.  One of you got me going on this the other night.  I figured that if I write something long enough, I’ll have time to do something else while you all spend time reading this.

Before I call down God’s blessing of peace and joy on you all I insist on reminding you to not even think of crying at my funeral.
Posted by Papa Puttss at Tuesday, July 22, 2014 No comments:


July 4 was the anniversary of the declaration of independence of the new nation that had created itself by revolting against the kingdom of England.  Many who fought and died as well as the many who fought and lived were not counted among those who had been the first to disembark and set foot on this new land.  In fact, most came because they had the desire to be in a place that seemed to have unlimited potential for economic and life style improvement.  For many of us the story we know and cling to begins with the immigration of the Pilgrims. These were Christians who were being persecuted for their beliefs in their home country of England. More than for religious freedom however, they were seeking more human freedom and greater opportunity for self improvement.

The fact that many of the original immigrants were Christians who had been persecuted did not prevent them from the cruel and genocidal acts that they visited upon the indigenous people whom they found here.  These newcomers felt perfectly comfortable ridding their new-found world of the "savages" who had been developing the land in their own way for thousands of years before the encroaching Europeans.  These parvenus Europeans had no conscientious objection to stealing, killing and dispossessing whole "pagan" families of their birthright.
As the great White Horde moved west, more and more indigenous people were wiped out.  Families were destroyed, land was expropriated by force, dwellings were burned and to assure that the living would not have to suffer destitution, they were killed too.  These Christians followed the sun clear into the line of its falling into the depths of the Great Blue Water.
As it turns out, the first days of July, 2014 are showing us that the dark savagery of the New American Soul is alive and well.  The new immigrants (even if they came on the Mayflower, they're still "new" compared to those that they are reviling) are still viciously subjugating anyone who gets in their way.  No matter that the newly independent country only accounts for less than one third of the surface of North America; no matter that the white European is no longer the sole driving force of the national culture any more (about 65% of the population).  White Europeans still are convinced that this is their land.

This is not their land.  This is no human's land.  This is God's land.  This is God's planet.  This is God's universe. I look around and I listen around and I hear all kinds of insults directed at peoples of other lands in other corners of the earth.  Every chance I get, I tell those who speak in hatred and disgust about other human beings in other countries, that in this country we are disgusting too. We, all of us, come from somewhere else.  I live in a part of San Diego, California where in about 3 square miles there are 35 distinct mother tongues spoken at home.  I myself was forbidden to speak English at home.  My forebears came to North America from western Europe early in the 17th century.  They did not come to escape religious persecution.  They came for endless and measureless free land and the opportunity that it gave to "city slickers" such as they.  They never thought it was their land.  In fact, they're all dead, but the land is still there and someone else is enjoying it.  What good does it do to anyone torture any other human being over land?

Notice that I have not made this writing very religious or spiritual.  I don't have to.  Those of you reading this know what God  told his people on numerous occasions about being kind to the stranger.  You all know that He numerous times told His people, "Remember, you were once slaves in Egypt..."  Finally, He told us all to go forth and baptize ALL nations in the name of the Father, the Son and the Holy Spirit. I don't have to remind you of all of this.  I kept it for my closing line so that you can go to bed thinking about what you are going to do to help the poor and the broken find comfort and prosperity in this country.  Don't think about Ellis Island.  Think about God.  Think about the fact that to throw the stranger out with the garbage is a sin that cries out to God for vengeance.  Yes it does, and all you Catholics and various other "Christians" know it.  Now, be kind to the stranger, for you too were once a stranger on the very land that you now occupy.  I feel better now that I have scolded you because I know that it gives you good reason not to cry at my funeral
With my apologies to the people of the First Nation.
Wait until you see what  will write in the Krusty Kurrmujjin.