Russian proverb:  "It is better to be slapped by the truth than to be kissed by a lie." 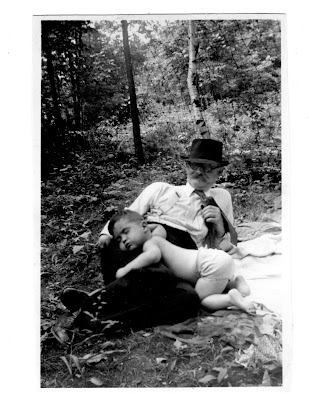 The two year old boy on his grand father's lap has already been told that it is not OK to lie.  He hasn't yet had to suffer the consequences that visit people who do lie.  Later on, in not too many years he will come to know what happens to those who lie and get caught in the falsehood that they proclaimed.  He has grown to be the 82 year old author of these simple lies and is telling you now, that Camay bath soap sure tastes BAD.  As I write this, the sensation of the Camay memory is actually bringing goose bumps to the nape of my neck.  It was my mother's favorite punishment against lying and swearing.
That should have been bad enough, but being the stiff necked, proud, I'm "smarter than you are" kid, I can still feel the pain of a well planted right hook from the kid down the street who caught me lying to him once.  I also remember the edict from my father that I had to submit one half of the money that I might receive at Christmas to the offering basket at Church one year when he caught me lying.
Now, here's why I am telling you this.  There is a high placed political operative by the name of Michael Flynn who lied to the FBI, who is now in court over the facts (the true facts) and his defense is, "The FBI didn't warn me not to lie."
What?  Have you ever heard such a heap of stercus taurorum in your life?  Does a successful(?) 60+ year old man have to be warned not to lie?  Can such a person be so naive and daring as to try to defend himself by blaming the FBI for not warning him that lying can bring on much greater punishment?  Sheeesh!
As it turns out, he is not the only one who downplays the value of the truth.  The president of the country and his flacks are all afraid of falling into "perjury traps."  What?  How can you perjure yourself if you tell the truth?  If you don't want to tell the truth because it would incriminate you, plead the 5th to protect yourself.
Frankly, it is shiveringly disgusting to hear such immoral expressions taking root in our society.  Jesus had to put up with the distortion of the truth, so we are not experiencing anything new.  All we are left with is the famous question, "Quid est veritas - what is truth?"
Finally, if you don't agree with me, just Don't Cry at My Funeral
Posted by Papa Puttss at Sunday, December 16, 2018 No comments: