This article has been edited since the original was published.  The author had some maladroit grammar that he has corrected to make the piece convey its message more clearly. 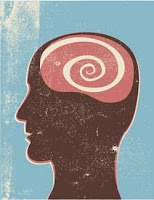 http://www.americamagazine.org/content/article.cfm?article_id=11166
Before you vote, click on this link and read the whole thing.  Then, never forget it.
Bishop Thomas John Paprocki from Springfield, Illinois:

“There are many positive and beneficial planks in the Democratic Party Platform, but I am pointing out those that explicitly endorse intrinsic evils. My job is not to tell you for whom you should vote. But I do have a duty to speak out on moral issues. I would be abdicating this duty if I remained silent out of fear of sounding ‘political’ and didn’t say anything about the morality of these issues. People of faith object to these platform positions that promote serious sins.”

“So what about the Republicans? I have read the Republican Party Platform and there is nothing in it that supports or promotes an intrinsic evil or a serious sin,” Paprocki added. “One might argue for different methods in the platform to address the needs of the poor, to feed the hungry and to solve the challenges of immigration, but these are prudential judgments about the most effective means of achieving morally desirable ends, not intrinsic evils.”

[Isn't abortion in the case of incest, rape and to preserve the life of the mother intrinsically evil?]  That's a paraphrase from Romney and Ryan, by the way. (Paul Dion)

“Again, I am not telling you which party or which candidates to vote for or against, but I am saying that you need to think and pray very carefully about your vote, because a vote for a candidate who promotes actions or behaviors that are intrinsically evil and gravely sinful makes you morally complicit and places the eternal salvation of your own soul in serious jeopardy.”
======================================
Paul Dion responds:

Stercus Taurorum, bishop.  Treating people badly was treated by Jesus as evil.  The law of God, from the first pages of the Bible to the last Amen, makes treating the widows, the orphans, the sick, etc. the duty of those who have in abundance.  Remember the law that says that you shall not harvest your field to the very edge so that there will be something left for the needy? To not do so is a prudential judgement, and it is a necessity for salvation because to not do it, is evil.  And, lest we forget, to decide or not to decide to have an abortion is also a prudential exercise of God given freedom.   Prudential judgment, eh?  Sounds like politics to me.  Losing politics and bad Theology at that.

Better said, but the same response comes to us from the National Catholic Reporter, written by the editor:
"Catholics who bring with them a conservative political agenda -- and who have garnered the support of not a few bishops and other Catholic opinion leaders -- generally select these as nonnegotiable issues: abortion, embryonic stem cell research, cloning, gay marriage, and euthanasia. While this makes a tidy list, convenient for pamphlets stuck under car windshield wipers in church parking lots, we will dispute that they are "nonnegotiables," because they are in fact cherry-picked from long lists of actions that are intrinsically evil by church teaching.
Let's borrow a list from Pope John Paul II. Quoting Gaudium et Spes, he says that intrinsically evil acts are "any kind of homicide, genocide, abortion, euthanasia and voluntary suicide; whatever violates the integrity of the human person, such as mutilation, physical and mental torture and attempts to coerce the spirit; whatever is offensive to human dignity, such as subhuman living conditions, arbitrary imprisonment, deportation, slavery, prostitution and trafficking in women and children; degrading conditions of work which treat laborers as mere instruments of profit, and not as free responsible persons: all these and the like are a disgrace … and they are a negation of the honor due to the Creator" (Veritatis Splendor, 80).
We might even add climate change to the list. After all, if the right to life is the most basic human right, then human-caused global warming threatening the entire life of the planet must be the ultimate evil.
"Wait, wait," the perpetrators of the intrinsically-evil canard will protest. "These are evil, but they can't be treated as all the same. For some of these we must exercise prudential judgment." Therein lies the deception, because dealing with any evil -- and especially determining the best solutions in a plural democracy -- will always require prudential judgment. Further complicating matters is that we must make these judgments within the context of specific electoral and legislative processes.
Just as we can and must exercise prudential judgment to determine what electoral and legislative alternatives before us today will best combat the evil of human-caused climate change, we can and must exercise the same judgment on how any moral issue can be translated into civil law and electoral politics."  [http://ncronline.org/node/37766]

I am reminding you all:  The divine gift of freedom requires the exercise of prudential judgment.  To be righteous we must always prudentially choose the right thing to do.  The glory that we have as human beings is the gift of God's grace that helps us to always choose the good instead of the bad.  It is true that their are some realities in life that are intrinsically evil.  They aren't "intrinsically evil" because we choose them.  They are "intrinsically evil" in and of themselves.  To say that there is a difference between "instrinsically evil acts" and those acts which are the result of "prudential judgement" is not correct.  All human acts are the result of a judgment.  What is incorrect is the result of the free choice to do something that is evil.  What is correct is to choose to do something that is good.  God created us with the freedom to choose first, foremost and always that which is good.  He gives us with the grace to always make the right choice.  It is our moral responsibility to make our choice in favor of intrinsic good, always.  We make it not simply to avoid evil, but to always celebrate good.

Our entire life, personal, public and yes, political, must be ordained toward intrinsic good.  That is our calling as disciples of Jesus Christ.
Posted by Papa Puttss at Tuesday, October 30, 2012 No comments: